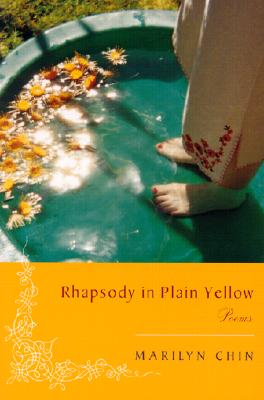 Marilyn Chin, with her multilayered, multidimensional, intercultural singing, elegizes the loss of her mother and maternal grandmother and tries to unravel the complexities of her family's past. She tells of the trials of immigration, of exile, of thwarted interracial love, and of social injustice. Some poems recall the Confucian "Book of Songs," while others echo the African American blues tradition and Western railroad ballads. The title poem references the Han Dynasty rhapsody but is also a wild, associative tour de force. Political allegories sing out with personal revelations. Personal revelations open up to a universal cry for compassion and healing. These songs emerge as a powerful and elegant collection: sophisticated yet moving, hard-hitting yet refined.

The recipient of an Award in Literature from the American Academy of Arts and Letters, Marilyn Chin lives in San Diego, California.

Impeccable form holds seething emotion as Chin...looks from East to West and back again.
— Donna Seaman

Chin's creativity as a poet is undeniable, as she physically shapes poems into images and breaks traditional forms.
— Nhien Nguyen

Chin's dazzling longing creates a past that becomes essential to our understanding of her elliptical and passionately insistent poetic statement.
— Carol Muske-Dukes

These are poems of burgeoning praise and heartfelt vision for the new century.
— John Gery

Marilyn Chin's new poems are unmistakable evidence of the universal reach of the particular—when the art is powerful, uncompromised, and unerring as hers.
— Adrienne Rich
or
Buy Here
Copyright © 2020 American Booksellers Association