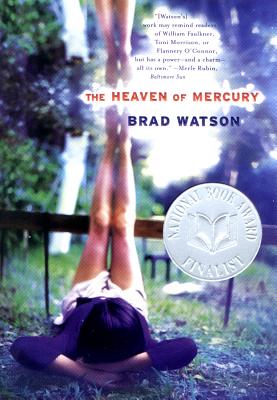 The Heaven of Mercury

Brad Watson's first novel was eagerly awaited after his breathtaking, award-winning debut collection of short stories, Last Days of the Dog-Men. In The Heaven of Mercury, Watson fulfills that literary promise with a humorous and jaundiced eye. Finus Bates has loved Birdie Wells since the day he saw her do a naked cartwheel in the woods in 1916. Later he won her at poker, lost her, then nearly won her again after the mysterious poisoning of her womanizing husband. Does Vish, the old medicine woman down in the ravine, hold the key to Birdie's elusive character? Or does Parnell, the town undertaker, whose unspeakable desires bring lust for life and death together? Or does the secret lie with some other colorful old-timer in Mercury, Mississippi, not such a small town anymore? With "graceful, patient, insightful and hilarious" prose (USA Today), Brad Watson chronicles Finus's steadfast devotion and Mercury's evolution from a sleepy backwater to a small city.

Praise For The Heaven of Mercury: A Novel…

A fast-paced, myth-echoing, tragic-comic commentary on our modern lives.
— Bookpage

[Watson's] work may remind readers of William Faulkner, Toni Morrison, or Flanner O'Connor, but has a power—and a charm—all its own.
— Merle Rubin - Baltimore Sun

[A]n unforgettable story…The accidents, the disappointments, the corrections, and the secrets each life contains are woven into a deeply sympathetic portrait of small town life at its worst and best.
— The Advocate

Watson imbues his work with an elegance that sets it apart from the rest.
— Boston Herald

[A] superb novel, graced with lush and exciting prose in the Southern high rhetorical tradition.
— Raleigh News and Observer

A vivid mythology of a small Southern town that moves to a strange, electrifying beat.
— Atlanta Journal-Constitution

Vividly peopled, full of surprises, The Heaven of Mercury is a deeply satisfying novel.

Sort of a calm wail. Each page a deep pleasure.
— Barry Hannah

The Heaven of Mercury is a tragicomic story of missed opportunities and unjust necessities that wittily explores the souls of its highly colorful cast of characters. It is suffused with an almost savage lyricism that illumines every accurate detail and nuance of place and speech. The light this novel casts is so brilliant it makes even its own shadows luminous. Brad Watson has struck a fresh and thrilling note.

The best thing to come out of the South since A Confederacy of Dunces.

Brad Watson (1955—2020) taught creative writing at the University of Wyoming, Laramie. His first collection, Last Days of the Dog-Men, won the Sue Kauffman Award for First Fiction from the American Academy of Arts & Letters; his first novel, The Heaven of Mercury, was a finalist for the National Book Award, and his Aliens in the Prime of Their Lives was a finalist for the PEN/Faulkner Award for Fiction.
Loading...
or support indie stores by buying on