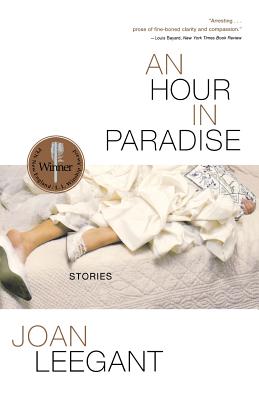 An Hour in Paradise

Joan Leegant's collection takes its title from the Yiddish proverb "Even an hour in Paradise is worthwhile." In settings from Jerusalem to Queens, from Hollywood's outskirts to Sarasota, Florida, the characters in this mesmerizing debut collection are drawn to the seductions of religion, soldiering on in search of divine and human connection. A former drug dealer turned yeshiva student faces his past with a dying AIDS patient. A disaffected American in the ancient city of Safed ventures into Kabbalist mysticism and gets more than he bargained for. A rabbi whose morning minyan is visited by a pair of Siamese twins considers the possibility that his guests are not mere mortals. An aging Jerusalemite chronicles his country's changes during the biblical year of rest. By turns poignant and comic, unflinching and compassionate—with a dose of fabulist daring—An Hour in Paradise explores the dangers and unforeseen rewards of our most fundamental longings.


Praise For An Hour in Paradise: Stories…

Throughout these stories, Leegant reveals herself to be an empathic, gifted creator of people and worlds. Thought-provoking and funny, touching and disturbing, this is an auspicious debut.
— Publishers Weekly

This collection is a dream of a read, its lovable characters drawn with wit and warmth.
— Elinor Lipman

Leegant is a gifted storyteller, blessed with the insight and wisdom to highlight moments that change and define whole lives.
— Jill McCorkle

A collection [that] dazzles with humanity and other-worldliness.
— Jerusalem Report

One wants to shout out the word that a new, very talented...writer has arrived.
— New Jersey Jewish News

Leegant is as skilled at conveying a virgin’s tingling sexual curiosity as she is at portraying an old man’s grappling with the mystery of miracles.
— Booklist

Each [story] is a gem.
— Jewish News of Greater Phoenix

Joan Leegant, author of An Hour in Paradise and Wherever You Go, won the Edward Lewis Wallant Award for the best book of Jewish-American fiction and the L. L. Winship/PEN New England Award. She lives in Newton, Massachusetts.
Loading...
or support indie stores by buying on