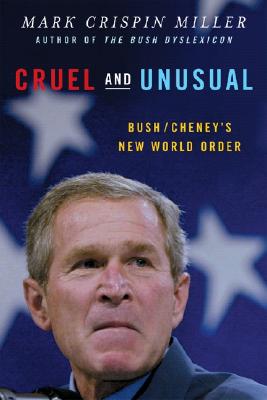 "A critical contribution to America's internal, life-or-death debate over foreign and domestic policy."—Booklist

Read a newspaper or catch the news on television and you might get the impression that America's current leadership is "mainstream": perhaps a bit more conservative and in its foreign policy more belligerent than its predecessors, but still a federal authority that functions within America's political traditions. But as Mark Crispin Miller argues here with great clarity and effect, we are in fact living in a state that would appall the Founding Fathers: a state that is neither democratic nor republican, and no more "conservative" than it is liberal. He exposes the Bush Republicans' contempt for democratic practice, their bullying religiosity, their reckless militarism, their apocalyptic views of the economy and the planet, and—above all—their emotional dependence on sheer hatefulness. Abraham Lincoln once observed that, if the United States should ever be subverted, "it will be conquered from within." And that is exactly what has happened.

Mark Crispin Miller is a professor of media studies at New York University and the author of The Bush Dyslexicon. He lives in New York City.
Loading...
or support indie stores by buying on