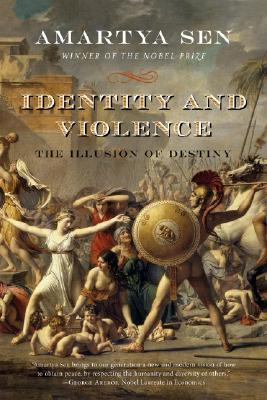 The Illusion of Destiny (Issues of Our Time)

“One of the few world intellectuals on whom we may rely to make sense out of our existential confusion.”—Nadine Gordimer

In this sweeping philosophical work, Amartya Sen proposes that the murderous violence that has riven our society is driven as much by confusion as by inescapable hatred. Challenging the reductionist division of people by race, religion, and class, Sen presents an inspiring vision of a world that can be made to move toward peace as firmly as it has spiraled in recent years toward brutality and war.


Praise For Identity and Violence: The Illusion of Destiny (Issues of Our Time)…

Amartya Sen brings to our generation a new and modern vision of how to obtain peace.
— George Akerlof, Nobel Laureate in Economics

Amartya Sen, one of the world’s great thinkers, tells us how to go about building a more peaceful world. I hope the book will be read by all.
— Ted Turner

Amartya Sen has written many books, including Development as Freedom and The Argumentative Indian. He won the 1998 Nobel Prize in Economics. A professor at Harvard University, he lives in Cambridge, Massachusetts, and Cambridge, England.
Loading...
or
Not Currently Available for Direct Purchase