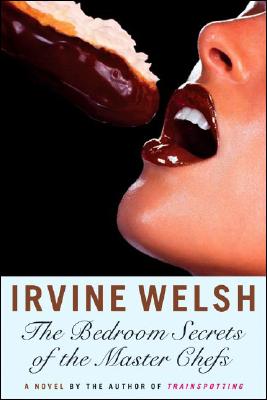 "A family saga, a revenge fantasy, a Twilight Zone-esque parable, and, most importantly, a very fun read." —Entertainment Weekly

This story of two men locked in a war of wills that threatens their very existence is vintage Irvine Welsh. Troubled restaurant inspector Danny Skinner is on a quest to find the mysterious father his mother will not identify. Unraveling this hidden information is the key to understanding the crippling compulsions that threaten to wreck his young life. His ensuing journey takes him from the festival city of Edinburgh to the foodie city of San Francisco. But the hard-drinking, womanizing Skinner has a strange nemesis in the form of mild-mannered fellow inspector Brian Kibby. It is Skinner's unfathomable, obsessive hatred of Kibby that takes over everything, threatening to destroy not only Skinner and his mission but also those he loves most dearly. When Kibby contracts a horrific, undiagnosable illness, Skinner understands that his destiny is inextricably bound to that of his hated rival, and he is faced with a terrible dilemma. Irvine Welsh's work is a transgressive parable about the great obsessions of our time: food, sex, and celebrity.


Praise For The Bedroom Secrets of the Master Chefs: A Novel…

Succeeds on the strength of its tart sentences and bleak atmospherics. And the Jekyll-and-Hyde routine keeps the pages turning, even as it puts a fresh slant on that time-honored phrase, the Significant Other.
— James Marcus - Los Angeles Times Book Review

What begins as a narrative-switching character study quickly veers into Chuck Palahniuk territory....Hilarious insight into everything from foodie culture to the dark side of Star Trek conventions.
— Philadelphia Week

Compelling....All the characters in this book, even the minor ones, are drawn with scary accuracy in Welsh's unusual voice.
— Mark Lindquist - Seattle Times