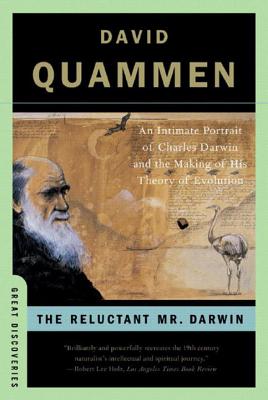 Twenty-one years passed between Charles Darwin's epiphany that "natural selection" formed the basis of evolution and the scientist's publication of On the Origin of Species. Why did Darwin delay, and what happened during the course of those two decades? The human drama and scientific basis of these years constitute a fascinating, tangled tale that elucidates the character of a cautious naturalist who initiated an intellectual revolution.

David Quammen is the author of The Song of the Dodo, among other books. He has been honored with the John Burroughs Medal for nature writing, an Academy Award in Literature from the American Academy of Arts and Letters, an award in the art of the essay from PEN, and (three times) the National Magazine Award. Quammen is also a contributing writer for National Geographic. He lives in Bozeman, Montana.
Loading...
or support indie stores by buying on