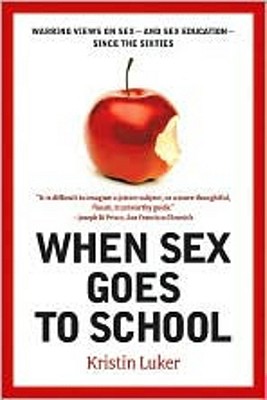 When Sex Goes to School (Paperback)

"It is difficult to imagine a juicier subject, or a more thoughtful, fluent, trustworthy guide for its exploration."—San Francisco Chronicle

A chronicle of the two decades that noted sociologist Kristin Luker spent following parents in four America communities engaged in a passionate war of ideas and values, When Sex Goes to School explores a conflict with stakes that are deceptively simple and painfully personal. For these parents, the question of how their children should be taught about sex cuts far deeper than politics, religion, or even friendship.

"The drama of this book comes from watching the exceptionally thoughtful Luker try to figure [sex education] out" (Judith Shulevitz, New York Times Book Review). In doing so, Luker also traces the origins of sex education from the turn-of-the-century hygienist movement to the marriage-obsessed 1950s and the sexual and gender upheavals of the 1960s. Her unexpected conclusions make it impossible to look at the intersections of the private and the political in the same way.

Kristin Luker is a professor of sociology at the University of California-Berkeley and a professor at Boalt Law School. She is the author of the landmark book Abortion and the Politics of Motherhood and lives in Berkeley, California.
or support indie stores by buying on
Copyright © 2020 American Booksellers Association