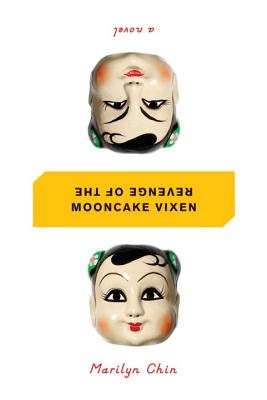 Revenge of the Mooncake Vixen

Raucous twin sisters Moonie and Mei Ling Wong are known as the “double happiness” Chinese food delivery girls. Each day they load up a “crappy donkey-van” and deliver Americanized (“bad”) Chinese food to homes throughout their southern California neighborhood. United in their desire to blossom into somebodies, the Wong girls fearlessly assert their intellect and sexuality, even as they come of age under the care of their dominating, cleaver-wielding grandmother from Hong Kong. They transform themselves from food delivery girls into accomplished women, but along the way they wrestle with the influence and continuity of their Chinese heritage.


Praise For Revenge of the Mooncake Vixen: A Novel…

Marilyn Chin was born in Hong Kong. She is the author of four previous poetry collections and a novel. She is the winner of the Anisfield-Wolf Book Award, the PEN Oakland/Josephine Miles Literary Award, and a Radcliffe Institute fellowship, among other honors. Presently, she serves as a chancellor of the Academy of American Poets and lives in San Diego.
Loading...
or support indie stores by buying on