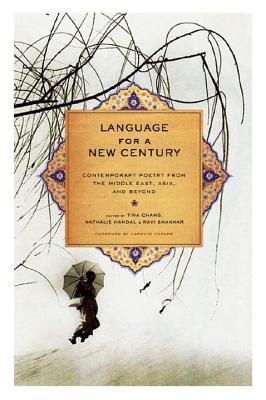 Language for a New Century (Paperback)

Contemporary Poetry from the Middle East, Asia, and Beyond

Language for a New Century celebrates the artistic and cultural forces flourishing today in the East, bringing together an unprecedented selection of works by South Asian, East Asian, Middle Eastern, and Central Asian poets as well as poets living in the Diaspora. Some poets, such as Bei Dao and Mahmoud Darwish, are acclaimed worldwide, but many more will be new to the reader. The collection includes 400 unique voices—political and apolitical, monastic and erotic—that represent a wider artistic movement that challenges thousand-year-old traditions, broadening our notion of contemporary literature. Each section of the anthology—organized by theme rather than by national affiliation—is preceded by a personal essay from the editors that introduces the poetry and exhorts readers to examine their own identities in light of these powerful poems. In an age of violence and terrorism, often predicated by cultural ignorance, this anthology is a bold declaration of shared humanity and devotion to the transformative power of art.

Tina Chang is the Poet Laureate of Brooklyn, New York, where she lives with her family. She is the author of two previous collections of poetry—including Half-Lit Houses, a finalist for the Asian American Literary Award—and coeditor of the seminal anthology Language for a New Century: Contemporary Poetry from the Middle East, Asia, and Beyond. The recipient of awards from the New York Foundation for the Arts, Academy of American Poets, and Poets & Writers, among other honors, Chang teaches poetry at Sarah Lawrence College.


Carolyn Forché, poet, translator, and activist, is professor of English at Georgetown University. She has published two award-winning volumes of poetry, Gathering the Tribes and The Country Between Us. In 1990 Ms. Fourché received a Lannan Literary Award, granted to poets and writers of literary excellence "whose work promotes a truer understanding of contemporary life." Her most recent volume of poetry is Blue Hour.