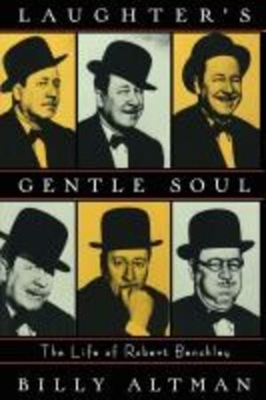 The Life of Robert Benchley

The definitive biography of Robert Benchley: humorist, actor, and leading man of the Algonquin Round Table.

Few American writers have ever achieved the widespread acclaim and multidimensional popularity attained by Robert Benchley (1889-1945) during the first half of this century. A charter member, along with close friends Dorothy Parker, Robert Sherwood, and Harold Ross, of the Notorious "Vicious Circle" that held court at the Algonquin Hotel in the Roaring Twenties, Benchley was many things to many people: a best-selling author of hilarious books chronicling the comic futility of the human condition, a sharp-witted theater critic whose reviews graced the pages of the original Life and The New Yorker for nearly two decades, and a much sought-after radio personality and feature film actor who starred in his own series of classic comedy shorts. In this sympathetic and witty biography, Billy Altman explores the man behind the mirth as he chronicles Benchley's journey from the glittering lights of Broadway and the dim ones in the rollicking speakeasies of New York during prohibition, to the infamous Garden of Allah apartments and the glamorously decadent Hollywood of the 1930s and 1940s.

Praise For Laughter's Gentle Soul: The Life of Robert Benchley…

Billy Altman has done a first-rate job of putting it all together for the unlucky folks who missed truly wild comedy in the '20s and '30s. Get set to laugh.
— Marion Meade, author of Dorothy Parker: What Fresh Hell Is This?

Billy Altman is an award-winning cultural journalist and critic whose work has appeared in such places as the New York Times, The New Yorker, Rolling Stone, and Esquire. He teaches in the Humanities Department of the School of Visual Arts in New York City.
Loading...
or support indie stores by buying on