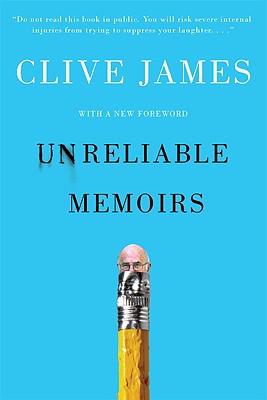 A best-selling classic around the world, Clive James’s hilarious memoir has long been unavailable in the United States.

Before James Frey famously fabricated his memoir, Clive James wrote a refreshingly candid book that made no claims to be accurate, precise, or entirely truthful, only to entertain. In an exercise of literary exorcism, James set out to put his childhood in Australia behind him by rendering it as part novel, part memoir. Now, nearly thirty years after it first came out in England, Unreliable Memoirs is again available to American readers and sure to attract a whole new generation that has, through his essays and poetry, come to love James’s inimitable voice.

Do not read this book in public. You will risk severe internal injuries from trying to suppress your laughter. . . . What’s worse, you can’t put it down once started. Its addictive powers stun all normal decent resistance within seconds. Not to be missed.

Clive James (1939—2019), author of the best-selling Cultural Amnesia and Poetry Notebook, was an Officer of the Order of Australia and a Commander of the Order of the British Empire. His writing appeared in the New York Times Book Review, The New Yorker, and The Atlantic.
Loading...
or support indie stores by buying on