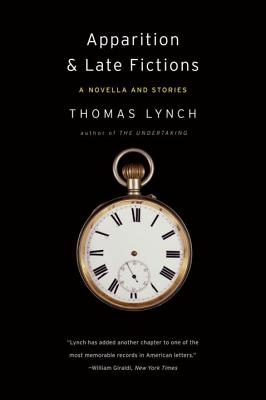 "Lynch has added another chapter to one of the most memorable records in American letters."—William Giraldi, New York Times Book Review

These stories are linked by the gone and not forgotten: former spouses, dead parents, missing children. Lynch creates a world in which people searching for connection and old comforts find them both near at hand and oddly out of reach.


Praise For Apparition & Late Fictions: A Novella and Stories…

It may be difficult to discern which has had a greater influence on Lynch, his Irish ethnicity or his Michigan upbringing, but the result is a lyricism coupled with a locale of abundant natural beauty and an attachment to the offbeat characters who are its inhabitants.
— Robert Birnbaum - The Morning News

Meditative and politely laconic, this is a terrific collection from a writer who thinks and feels and tells stories with an engagingly distilled candor and assurance all his own.
— Eileen Battersby - Irish Times

A powerful, meditative collection. The title story is a masterpiece.
— Library Journal

Thomas Lynch’s stories, poems, and essays have appeared in Granta, the Atlantic, Harper’s, the New York Times, and elsewhere. His first collection of essays, The Undertaking, was a finalist for the National Book Award. Lynch lives in Milford, Michigan.
Loading...
or
Not Currently Available for Direct Purchase