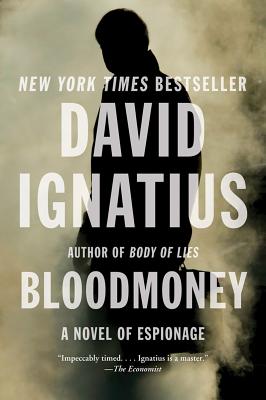 A Novel of Espionage

"You emerge from its pages as if from a top-level security briefing—confident that you have been let in on the deepest secrets." —Washington Post

Someone in Pakistan is killing the members of a new CIA unit trying to buy peace with America’s enemies. It falls to Sophie Marx, a young officer with a big chip on her shoulder, to figure out who’s doing the killing and why. Unfortunately for Sophie, nothing is quite what it seems. This is a theater of violence and revenge, in which the last act is one that Sophie could not have imagined.

Praise For Bloodmoney: A Novel of Espionage…

Fast-paced, well-written and carefully crafted, Bloodmoney is an exceptional thriller. Filled with believable and interesting characters and enough action to satisfy a Steven Spielberg fan, it is a great novel.

A gripping, ripped-from-the-headlines CIA thriller set in Pakistan that will have you wondering just how much is actually fiction.
— The Daily Beast

A terrific, believable novel about the intersection of politics, ethics and finance.
— Kirkus Reviews (starred review)

David Ignatius is a prize-winning columnist for the Washington Post and has been covering the Middle East and the CIA for four decades. He has written several New York Times bestsellers, most recently The Director. He lives in Washington, DC.
Loading...
or support indie stores by buying on