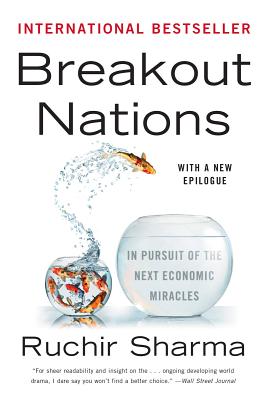 In Pursuit of the Next Economic Miracles


To identify the economic stars of the future we should abandon the habit of extrapolating from the recent past and lumping wildly diverse countries together. We need to remember that sustained economic success is a rare phenomenon. After years of rapid growth, the most celebrated emerging markets—Brazil, Russia, India, and China—are about to slow down. Which countries will rise to challenge them? In his best-selling book, writer and investor Ruchir Sharma identifies which countries are most likely to leap ahead and why, drawing insights from time spent on the ground and detailed demographic, political, and economic analysis.

With a new chapter on America’s future economic prospects, Breakout Nations offers a captivating picture of the shifting balance of global economic power among emerging nations and the West.