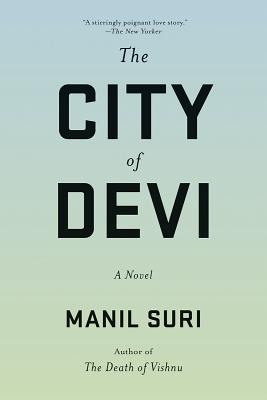 The City of Devi

From the author of The Death of Vishnu, "a big, pyrotechnic…ambitious…ingenious" (Wall Street Journal) novel.

Mumbai has emptied under the threat of imminent nuclear annihilation; gangs of marauding Hindu and Muslim thugs rove the desolate streets; yet Sarita can think of only one thing: buying the last pomegranate that remains in perhaps the entire city. She is convinced that the fruit holds the key to reuniting her with her physicist husband, Karun, who has been mysteriously missing for more than a fortnight.


Searching for his own lover in the midst of this turmoil is Jaz—cocky, handsome, and glib. "The Jazter," as he calls himself, is Muslim, but his true religion has steadfastly been sex with men. Dodging danger at every step, both he and Sarita are inexorably drawn to Devi ma, the patron goddess who has reputedly appeared in person to save her city. What they find will alter their lives more fundamentally than any apocalypse to come.

A wickedly comedic and fearlessly provocative portrayal of individuals balancing on the sharp edge of fate, The City of Devi brilliantly upends assumptions of politics, religion, and sex, and offers a terrifying yet exuberant glimpse of the end of the world.

Manil Suri is a distinguished mathematics professor at the University of Maryland, Baltimore County. Author of three acclaimed novels, including The Death of Vishnu, he is a former contributing opinion writer at the New York Times, for which he has written several widely read pieces on mathematics. He lives in Silver Spring, Maryland.
Loading...
or support indie stores by buying on