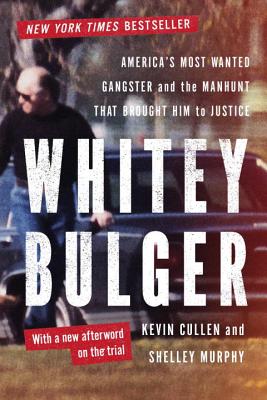 "This is the definitive story of Whitey Bulger…a masterwork of reporting." —Michael Connelly, best-selling author of The Wrong Side of Goodbye

An instant classic, this unforgettable narrative, rich with family ties and intrigue, follows the astonishing career of a gangster whose life was more sensational than fiction. Cullen and Murphy have broken more Bulger stories than anyone, and Whitey Bulger became front-page news, revealing the mobster's secret letters written from Plymouth Jail after the sixteen-year manhunt that led to his capture and offering unparalleled insight into his contradictions and complex personality. The afterword covering the results of the dramatic and emotional trial provides a riveting denouement to this "eminently fair and thorough telling of a life, which makes it all the more damning" (Boston Globe).

A terrific book…A portrait of its subject in all his complexity.
— David Ulin - Los Angeles Times

Easily the best story about crime I've read.
— Jimmy Breslin, Pulitzer Prize-winning columnist and author of The Gang That Couldn't Shoot Straight and The Good Rat

In the same way that J. Anthony Lukas’s Common Ground is essential to understanding Boston's racial history, Whitey Bulger is an authoritative treatise on the city's late-20th-century underworld.

This is the definitive story of Whitey Bulger. As much social documentary as riveting crime story, the book is a masterwork of reporting by Cullen and Murphy. I couldn’t put it down.
— Michael Connelly, best-selling author of The Wrong Side of Goodbye

This is the Whitey Bulger book by the two expert journalists who know the turf best.

Shelley Murphy has covered Whitey Bulger and organized crime in Boston since 1985, beginning at the Boston Herald and moving to the Globe in 1993. She has won a George Polk Award for National Reporting.
Loading...
or support indie stores by buying on