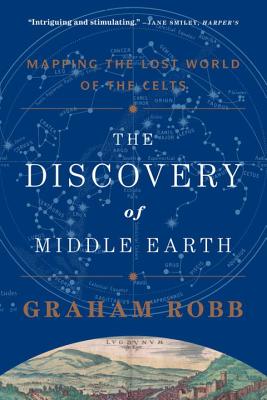 In this real-life historical treasure hunt, bestselling author Graham Robb—"one of the more unusual and appealing historians currently striding the planet (New York Times)"—reveals the mapping of ancient Gaul as a reflection of the heavens, demonstrates the lasting influence of Druid science and recharts the exploration of the world and the spread of Christianity. This "fascinating" (Los Angeles Times) history offers nothing less than an entirely new understanding of the birth of modern Europe.

The work of a man to whom the past is vividly present.
— Ian Morris - New York Times Book Review

Robb manages his revelations with a showman’s skill, modestly conscious that his book is unfurling a map of Iron Age Europe and Britain that has been inaccessible for millenia.
— Telegraph

An ingenious and thoroughly gripping historical and archaeological bolt from the blue.
— New Statesman

The Discovery of Middle Earth will take you on a grand tour of the ancient world’s secrets.

Graham Robb is the author of three prize-winning biographies, each selected as New York Times Best Books. His books, including The Discovery of Middle Earth, Parisians, and The Discovery of France, have earned several awards. He lives on the Anglo-Scottish border.
Loading...
or support indie stores by buying on