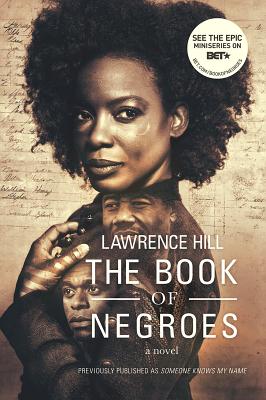 The Book of Negroes

The Book of Negroes (based on the novel Someone Knows My Name) will be BET’s first miniseries. The star-studded production includes lead actress Aunjanue Ellis (Ray, The Help), Oscar winner Cuba Gooding Jr. (Jerry Maguire, A Few Good Men), Oscar and Emmy winner Louis Gossett Jr. (A Raisin in the Sun, Boardwalk Empire), and features Lyriq Bent (Rookie Blue), Jane Alexander (The Cider House Rules), and Ben Chaplin (The Thin Red Line). Director and co-writer Clement Virgo is a feature film and television director (The Wire) who also serves as producer with executive producer Damon D’Oliveira (What We Have).

In this “transporting” (Entertainment Weekly) and “heart-stopping” (Washington Post) work, Aminata Diallo, one of the strongest women characters in contemporary fiction, is kidnapped from Africa as a child and sold as a slave in South Carolina. Fleeing to Canada after the Revolutionary War, she escapes to attempt a new life in freedom.


Praise For The Book of Negroes: A Novel (Movie Tie-in Editions)…

A masterpiece, daring and impressive in its geographic, historical and human reach.
— Globe and Mail

I found myself surprised on occasion to catch sight of Mr. Hill's name on the cover.... He had me believing that this tale came not from the imagination and research of a 21st-century male author, but from the experience of an 18th-century African woman.
— Kim Lundstrom - Real Change

An inspirational novel of imaginative excellence and captivating power.... Every step of the way, Lawrence Hill offers readers a vivid portrayal of the emotional landscape that brings Aminata's tale to life. I highly recommend reading this poignant book.
— Charles Shea LeMone - Roanoke Times

Astonishing in scope, humanity and beauty, this is one of those very rare novels in which the deep joy of reading transcends its time and place. Like ?To Kill a Mockingbird?, ?Someone Knows My Name? lets readers experience a life, one footstep at a time, beside an unforgettable protagonist.

Lawrence Hill is the author of several novels including Someone Knows My Name, which won the Commonwealth Writers’ Prize and the Rogers Writers’ Trust Fiction Prize and was nominated in the United States for the Huston Wright Legacy Award. In 2015 Hill was appointed to the Order of Canada “for his contributions as an author and activist who tells the stories of Canada’s black community and of women and girls in Africa.” A graduate of the Writing Seminars at The Johns Hopkins University in Baltimore, he lives in Ontario, Canada.
Loading...
or
Not Currently Available for Direct Purchase