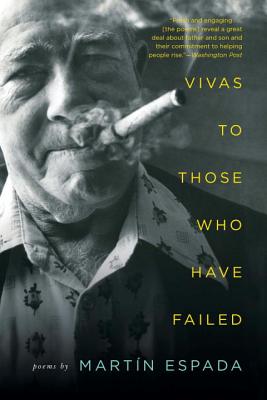 A poet with a remarkable vision.
— NBC Latino

“[Espada] writes as if we don’t have that much time
left.
— Washington Independent Review of Books

Showcases some of Martín Espada’s most powerful
writing in years.
— Washington Post