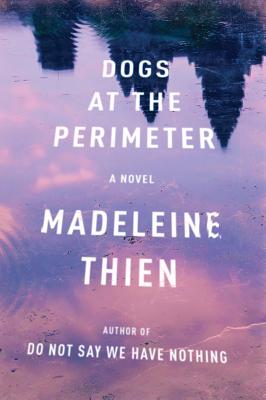 Dogs at the Perimeter

Set in Cambodia during the regime of the-Khmer Rouge and in present day Montreal, Dogs at the Perimeter tells the story of Janie, who as a child experiences the terrible violence carried out by the Khmer Rouge and loses everything she holds dear. Three decades later, Janie has relocated to Montreal, although the scars of her past remain visible. After abandoning her husband and son and taking refuge in the home of her friend, the scientist Hiroji Matsui, Janie and Hiroji find solace in their shared grief and pain—until Hiroji’s disappearance opens old wounds and Janie finds that she must struggle to find grace in a world overshadowed by the sorrows of her past.

Beautifully realized, deeply affecting, Dogs at the Perimeter evokes the injustice of tyranny through the eyes of a young girl and draws a remarkable map of the mind’s battle with memory, loss, and the horrors of war. It confirms Madeleine Thien as one of the most gifted and powerful novelists writing today.

A Globe and Mail Best Book

Praise For Dogs at the Perimeter: A Novel…

The strife in Indo-China has inspired some astonishing writing in recent decades…Dogs at the Perimeter belongs with the best of such works. But it also tells a more universal story about being borne back into the past—and the inescapability of history.

Fiction like this, clear-eyed and truthful, can give a shape to the chaos of history…The quiet elegance of Thien’s writing makes a brutal story powerful and moving.
— The Times (London)

Utterly convincing in how it weighs the psychological damage inflicted by a regime that demands denial of family, friends and self as a condition of survival.
— Financial Times

The beauty of Madeleine Thien’s prose doesn’t reside only in its clarity and elegance. She’s a surveyor of damaged lives, and her characters no longer possess the requisite layers of skin to protect them from what they have endured, and what they remember. Thien, a deeply empathetic writer, enfolds her wounded creations in morally precise language, offering the consolation of, in effect, storytelling.
— Charles Foran - Globe and Mail

[Dogs at the Perimeter] captures the random terror and chaos of Year Zero and presents a credible portrait of Phnom Penh…Thien’s observations of the ravaged country maintain a fine balance between lyricism and horror.

Madeleine Thien is the author of three novels and a collection of stories, and her work has been translated into twenty-five languages. Her most recent novel, Do Not Say We Have Nothing, was shortlisted for the 2016 Man Booker Prize. She lives in Montreal, Canada.
Loading...
or
Not Currently Available for Direct Purchase