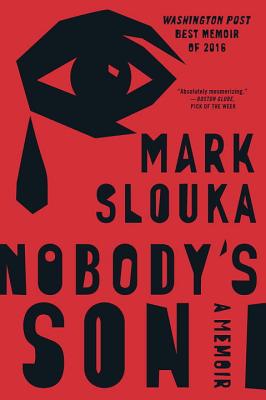 "I have never before read anything except Nabokov’s Speak, Memory that so relentlessly and shrewdly exhausted the kindness and cruelty of recollection’s shaping devices." —Geoffrey Wolff

Born in Czechoslovakia, Mark Slouka’s parents survived the Nazis only to have to escape the Communist purges after the war. Smuggled out of their own country, the newlyweds joined a tide of refugees moving from Innsbruck to Sydney to New York, dragging with them a history of blood and betrayal that their son would be born into.

From World War I to the present, Slouka pieces together a remarkable story of refugees and war, displacement and denial—admitting into evidence memories, dreams, stories, the lies we inherit, and the lies we tell—in an attempt to reach his mother, the enigmatic figure at the center of the labyrinth. Her story, the revelation of her life-long burden and the forty-year love affair that might have saved her, shows the way out of the maze.

Praise For Nobody's Son: A Memoir…

[Slouka’s] thoughtful and erudite reflections deepen the narrative and infuse it with compassion…With the rich prose of a novel, [Nobody’s Son] is a story about escapes: Slouka’s parents escaping from Communist brutality, his father escaping from the oppression of marriage, his mother escaping from the conflict within and the author, seeking refuge the only way he knows how, escaping through words.

A beautifully written memoir which is as much about the wiles of memory as it is about Slouka’s family history…With love and compassion, Slouka bravely excavates the pain and straightens the pictures on the walls of his chamber of memories.

Mark Slouka’s superb memoir should become a classic…A heart-wrenching tale of the demise of a family, told with the hard-won honesty and insight of a genuine artist.
— Lynne Sharon Schwartz

A masterwork…astonishingly fierce yet powerfully lyric. The story moves beyond the search for a self into the tangled narratives of both private memory and the ravaged history of twentieth-century central Europe.
— Patricia Hampl, author of A Romantic Education

Somber, funny, ruthless, tender, this singular memoir reverberates with obstinate, refreshing candor. Mark Slouka demonstrates powerfully the ways that memory is a function of imagination, like it or not.
— Phillip Lopate, author of Portrait Inside My Head

The profoundest stories are about family, and the best memoirs are about memory; both human ties and human memory are deceptive, mysterious, recursive, contradictory. Slouka’s previous writing has shown that he has both a hard skeptical brain and a huge questing heart. Nobody’s Son is the book of his life, in both senses: he sings it like Bach throwing his baton, a mature master engaged, enamored, enraged.

‘Pinned like Ahab to his whale,’ Mark Slouka sets out to confront his own leviathan—a past of violent upheaval and existential terror, a childhood eclipsed by his mother’s madness. In his quiver: memories both sacred and flawed; hope, the thing without a GPS; resolve, the kind born of desperation; and love. The last will hit the mark. A brilliant memoir.
— Kathryn Harrison, author of The Kiss: A Memoir and Joan of Arc: A Life Transfigured

In Nobody’s Son, Mark Slouka softens neither the events he’s recalling nor his own struggle, sentence by sentence, to register them as truly as he can. Paradoxically, they’ve yielded a thing of beauty.

— David Gates, author of A Hand Reached Down to Guide Me