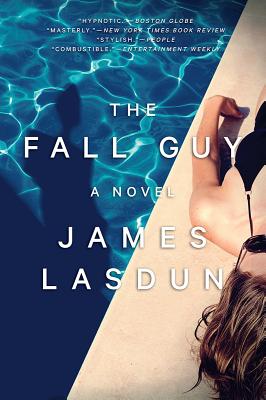 In this taut psychological thriller, a couple and their houseguest find themselves caught in a deadly web of secrets, obsession, and revenge.

It is summer, 2012. Charlie, a wealthy banker with an uneasy conscience, invites his troubled cousin Matthew to visit him and his wife in their idyllic mountaintop house. As the days grow hotter, the friendship between the three begins to reveal its fault lines, and with the arrival of a fourth character, the household finds itself suddenly in the grip of uncontrollable passions. As readers of James Lasdun’s acclaimed fiction can expect, The Fall Guy is a complex moral tale as well as a gripping suspense story, probing questions of guilt and betrayal with ruthless incisiveness. Who is the real victim here? Who is the perpetrator? And who, ultimately, is the fall guy? Darkly vivid, with an atmosphere of erotic danger, The Fall Guy is Lasdun’s most entertaining novel yet.


Praise For The Fall Guy: A Novel…

“[Lasdun has] the natural capacity to wield words with uncanny and disorienting power. . . .The Fall Guy has the quality of a dream that follows its own terrible logic, impossible to break free from, never to be forgotten after you wake up.”

Exceptionally entertaining…The Fall Guy reads like early Ian McEwan or late Patricia Highsmith…Lasdun is masterly in his story’s construction…This is exactly what a literary thriller should be: intelligent, careful, swift, unsettling.

“With its deftly constructed narratives of guilt and buried resentment, The Fall Guy is more accessible than Lasdun’s previous novels. . . . [W]atching Matthew, Charlie and Chloe lure one another into a trap not quite of their own making has a certain shivery fascination . . . you think of Highsmith or Hitchcock.”
— The Guardian

What a sinister and searching novel this is—and what a delight. James Lasdun is one of our great writers.
— Joseph O'Neill, author of Netherland

Elegant and disturbing… This simple-seeming novel, so graceful in its unfolding, proves dense with psychological detail and sly social observations.
— Wall Street Journal

James Lasdun has written an elegantly suspenseful novel set in a brilliantly realized affluent upstate New York community not unlike Woodstock—his characters are achingly real, and the self-deceptions that drive them so insightfully depicted, we might almost mistake them for our own. Truly a ‘page-turner’—propelled toward just the right ending.
— Joyce Carol Oates

Expertly playing the noir card, Lasdun dissects the mercurial relationships among a wealthy financier, his photographer wife and an aimless cousin during a long hot summer in upstate New York. There are plenty of lies and betrayals in this stylish thriller, but it’s the slow burn of obsession that makes it sing.
— People

In The Fall Guy, James Lasdun brings the signature gifts to contemporary noir that he’s displayed in other literary venues—wit, style, an attractive gravitas. And the tale itself is sharp, acute in its observations, and absorbing. It’s a rich read.

A twisty, chilly, exquisitely written, and tautly suspenseful exploration of big ideas in the guise of a psychological thriller. . .Lasdun’s prose is both lapidary and hypnotic.
— Boston Globe

Exquisitely written yet propulsively entertaining all at the same time. . . a journey into the psyche of a stalker by someone who has been stalked.
— Seattle Review of Books

[A] terrific novel of suspense. . . Lasdun presents the inexorable turnings of fate in a subtle and disconcerting way.
— Publishers Weekly (Starred Review)

James Lasdun is the author of Afternoon of a Faun, The Fall Guy, The Horned Man, Seven Lies, several poetry and short story collections, and a memoir. He lives in Brooklyn.
Loading...
or support indie stores by buying on