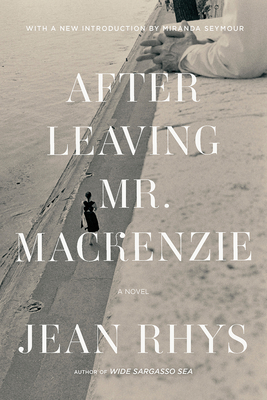 Julia Martin is in Paris and at the end of her rope. Once beautiful, she was taken care of by men. Now, after being dropped by her latest lover, Mr. Mackenzie, Julia is running out of luck and chances. A visit to London to see her ailing mother might offer an opportunity to start over—but it also brings her face to face with her distrustful sister, Norah, who can’t help but feel that Julia has only changed for the worse in the years since they last saw one another. And it proves difficult to escape the desultory romantic entanglements of Paris when a suitor follows her to England.

Nowhere is Jean Rhys’s talent for fully inhabiting the minds of her characters more apparent than in After Leaving Mr. Mackenzie, her masterful second novel. Rhys lays bare the desires and contradictions of the mercurial Julia, and all those trapped in her orbit, in this haunting depiction of life after the end of a tumultuous affair.


Praise For After Leaving Mr. Mackenzie…

Jean Rhys (1890–1979), one of the foremost writers of the twentieth century, is the author of Wide Sargasso Sea—her last and best-known novel—as well as After Leaving Mr. Mackenzie, Voyage in the Dark, and Good Morning, Midnight, all available in Norton paperback.

Miranda Seymour is a British biographer whose previous acclaimed books include biographies of Lord Byron’s wife and daughter, Annabella Milbanke and Ada Lovelace; Mary Shelley; and Ottoline Morrell. She lives in Nottinghamshire, England.
Loading...
or support indie stores by buying on