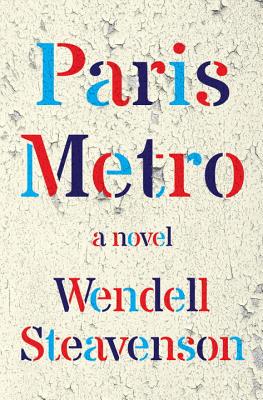 The tense and timely story of an Anglo-American journalist in Paris compelled to confront her own fears as terrorism threatens to engulf her family.

From the American invasion of Iraq in 2003 to the terrorist attacks in Paris in 2015, Paris Metro is a story of East meets West. Kit, a reporter, has spent several years after 9/11 living in the Middle East, working as a correspondent for an American newspaper. Moving between war-torn Baghdad, riots in Beirut, Syria during the Arab Spring, and Greece in the midst of a refugee crisis, she befriends insurgents, fundamentalists and soldiers, diplomats, middlemen, and monks, determined to understand and tell their story. Along the way she falls in love and marries a charismatic Iraqi diplomat named Ahmed, before their separation leaves Kit raising their teenage son alone in Paris.

But after the Charlie Hebdo attack occurs and, a few months later, terrorists storm the Bataclan, Kit’s core beliefs are shattered. The violence she had spent years covering abroad is now on her doorstep. What is the point of truth and tolerance when everything is blowing up around you? As Kit struggles with her grief and confusion, she begins to mistrust those closest to her: her friends, her husband, even her own son.

Paris Metro is a taut and propulsive story of two cultures colliding under the same roof; of love, betrayal, and misunderstandings within families; and of the universal quest to find home.

Praise For Paris Metro: A Novel…

A moving, suspenseful and revelatory novel.

Fans of work by Graham Greene or John le Carré will find much to admire in the engrossing Paris Metro. . . . A novel sophisticated in both its politics and its treatment of the family drama at its heart.


An expansive debut novel [that] powerfully merges the personal and the political.

With unflinching realism and complicated, captivating characters, Steavenson tackles the turbulent realities of the war against terror.

This ultimately engrossing insider’s view of complicated geopolitics and conflicted identity doesn’t condescend to the reader, offering no simple pieties as it upends stereotypes.

A very fine novel. . . . Deeply informed by the author’s experiences as a journalist but triumphantly transmuted into intelligent and heartfelt fiction.

Wendell Steavenson, whose writing has appeared in The New Yorker, the Guardian, and Granta, is the author of three books of reporting. She was a 2014 Nieman Fellow at Harvard University. Born in New York, Steavenson lives in Paris.
or
Not Currently Available for Direct Purchase