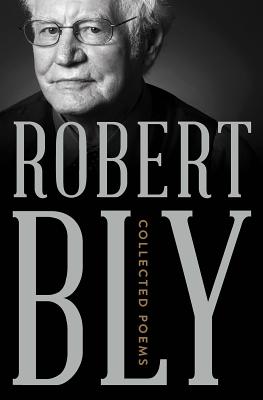 An extraordinary culmination for Robert Bly’s lifelong intellectual adventure, Collected Poems presents the full magnitude of his body of work for the first time. Bly has long been the voice of transcendentalism and meditative mysticism for his generation; every stage of his work is warmed by his devotion to the art of poetry and his affection for the varied worlds that inspire him. Influenced by Emerson and Thoreau alongside spiritual traditions from Sufism to Gnosticism, he is a poet moved by mysteries, speaking the language of images. Collected Poems gathers the fourteen volumes of his impressive oeuvre into one place, including his imagistic debut, Silence in the Snowy Fields (1962); the clear-eyed truth-telling of his National Book Award–winning collection, The Light Around the Body (1967); the masterful prose poems of The Morning Glory (1975); and the fiercely introspective, uniquely American ghazals of his latest collection, Talking into the Ear of a Donkey (2011).

Robert Bly has become, over his several lifetimes of ink and words, a force of geological genius, transforming the landscape of poetry and culture in ways that set him beside the Old Masters and anonymous teachers whose praises his lines so often sing. This book carries its own lantern of bioluminescence, an alchemical music and knowledge, and Bly’s ferocious thirst, needed now more than ever.
— Jane Hirshfield

Robert Bly has been a generous friend to the American psyche…He gave us these poems that are so filled with his fierce intelligence, his playfulness, his love for October, crows, and for the ocean that lifts and falls all night.
— Coleman Barks

Robert Bly’s iconic poems transformed not simply the conversation about poetry in America, but also the conversation about the poet. Collected here, these poems show a rare visionary and humane reach. They draw us into a world where the midwestern horizon of seasons and snow is matched with the inner landscape of a deep and moving self-awareness. This is an indispensable volume for any reader or writer of poetry today.
— Eavan Boland

Robert Bly’s lifelong journey has gone as far and as deep as that of any poet in the second half of the twentieth century…When the dust settles, these poems will still be shining.
— Gregory Orr

Robert Bly is the author of numerous poetry volumes, as well as works of nonfiction and translation. His honors include the Poetry Society of America’s Frost Medal and the National Book Award. He lives in Minneapolis, Minnesota.