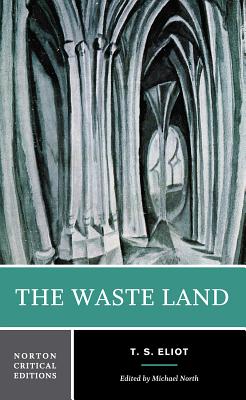 The text of Eliot’s 1922 masterpiece is accompanied by thorough explanatory annotations as well as by Eliot’s own knotty notes, some of which require annotation themselves.

T. S. Eliot (1888–1965) was one of the fathers of modernism and a defining voice in English-language poetry. He is the author of some of the best known poems in the English language, including "The Love Song of J. Alfred Prufrock," The Waste Land, "Ash Wednesday," and Four Quartets. The leading poet of the modernist avant-garde, Eliot radically reimagined the possibilities for literature in the twentieth century and beyond, and was also renowned as a playwright and as a literary and social critic. Eliot's books of criticism include The Sacred Wood, while his theatrical works include Murder in the Cathedral. He was awarded the Nobel Prize for Literature in 1948.

Michael North is Professor of English at the University of California, Los Angeles. He is the author of The Dialect of Modernism: Race, Language, and Twentieth-Century Literature, The Final Sculpture: Public Monuments and Modern Poets, Reading 1922: A Return to the Scene of the Modern, The Political Aesthetic of Yeats, Eliot, and Pound, and Henry Green and the Writing of His Generation, as well as many articles on various aspects of twentieth-century literature.
Loading...
or
Not Currently Available for Direct Purchase