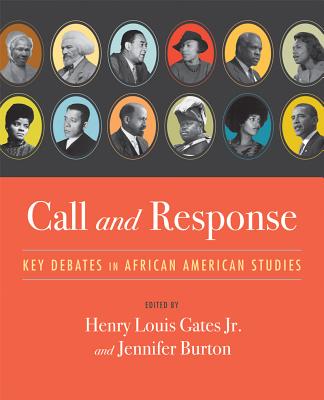 Class-tested by Henry Louis Gates Jr. in his groundbreaking course, Call and Response is an innovative core reader for African American Studies.

Unprecedented in scope and approach, this primary-text reader offers a fresh and flexible framework for exploring signal issues of the black experience in the United States. With voices ranging from Phillis Wheatley in the late eighteenth century to Barack Obama in the twenty-first, Call and Response presents multiple perspectives on key controversies that probe the fundamental relationship between race and democracy.

Jennifer Burton (Ph.D. Harvard) is currently a visiting scholar at the University of California, San Diego, where she has taught courses on the debates within African American studies. In addition to teaching at UCSD, she has taught at the University of San Diego and Harvard University. Along with Henry Louis Gates Jr., Burton edited the 31-volume series African-American Women Writers, 1910-1940, and was the volume editor for The Prize Plays and Other One-Acts: Zora Neale Hurston, Eulalie Spence, Marita Bonner, and Others. She also contributed to The Norton Anthology of African American Literature, The Oxford Companion to African American Literature, and Great American Women. Her essays, fiction, and plays have appeared in publications from the Buffalo News to the Southeast Review. She has been a DuBois Fellow, a Mellon Fellow, and a Henry Luce Scholar.
or
Not Currently Available for Direct Purchase