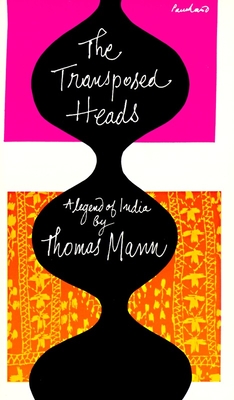 A Legend of India

From a Nobel Prize for Literature winner and one of the most iconic German writers of the 20th century, Transposed Heads is a beautiful story that explores the complex relationship between the spirit, body, and mind. Inspired by an ancient Hindu legend, Mann’s writes about two Indian friends, Shridaman and Nanda, whom together, decide to decapitate themselves. However, they awaken from their attempted suicides to find their heads restored, but to the wrong body. Now, Sita, the wife of Shridaman must determine the true meaning of identity as she navigates her own feelings as to which representation is her actual husband. As the love-triangle carries on, Mann shows just how entwined our mind, body, and spirit are.

“The Transposed Heads is altogether delightful . . . It is certainly the most charming of Mann's works . . . in short, a restatement in parable form of Mann's intransigent faith in the human intellect. It is also a rich and subtle analysis of the psychology of friendship and love.”—Sewanee Review

Thomas Mann (1875–1955) was from Germany. At the age of 25, he published his first novel, Buddenbrooks. In 1924, The Magic Mountain was published, and five years later, Mann was awarded the Nobel Prize for Literature. Following the rise of the Nazis to power, he left Germany for good in 1933 to live in Switzerland and then in California, where he wrote Doctor Faustus (first published in the United States in 1948).
Loading...
or
Not Currently Available for Direct Purchase