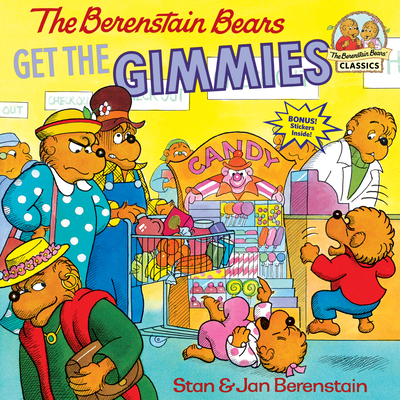 The Berenstain Bears Get the Gimmies (First Time Books(R)) (Paperback)

This classic Berenstain Bears story is a perfect way to teach children about self-control and the importance of compromise!

Come for a visit in Bear Country with this classic First Time Book® from Stan and Jan Berenstain. Brother and Sister are having a bad case of the “gimmies.” Whenever they don’t get what they want, they throw a tantrum. But is this really the best way to handle their emotions? Includes over 50 bonus stickers!


Stan and Jan planned all of their books together. They both wrote the stories and created the pictures.  They continued to live outside of Philadelphia in the country.  There are now over 300 Berenstain Bears books.
or support indie stores by buying on
Copyright © 2020 American Booksellers Association