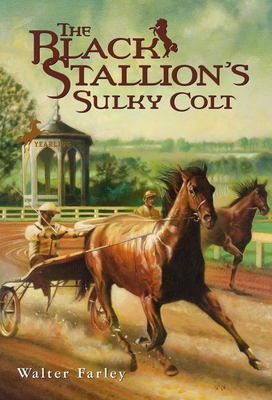 Bonfire, the Black Stallion’s colt who is a champion harness racer, is in training for the biggest race of his career: the Hambletonian. But a routine practice race turns disastrous in a collision of wood, metal, horses, and jockeys. Bonfire escapes unharmed, but is spooked and refuses to race. Alec Ramsey, the owner of the Black, witnesses the crash and is determined to see that Bonfire follow in the winning footsteps of his world-famous sire.

Walter Farley's first book, The Black Stallion, was an instant hit when it appeared in 1941. Mr. Farley went on to write thirty-three other enormously popular books about the Black Stallion and other horses which were published in more than twenty countries. He died in 1989, shortly before the publication of his last novel, The Young Black Stallion, written with his son Steven.
Loading...
or support indie stores by buying on