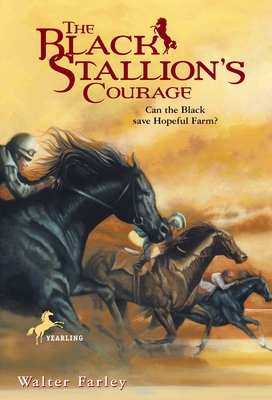 When Hopeful Farm burns down, Alec’s dreams for the future go up in smoke. How can he get the money to rebuild? To make matters worse, a strong young colt named Eclipse has taken the racing world by storm, threatening to replace the Black in the hearts of racing fans. Against all odds, Alec sets out to save the farm and prove that the Black is still the greatest race horse of all time!
“Everyone loves a champion. And when the champion is a gallant horse, when his story is told by a champion writer of horse stories, every reader is a winner.”—The New York Times

Walter Farley's first book, The Black Stallion, was an instant hit when it appeared in 1941. Mr. Farley went on to write thirty-three other enormously popular books about the Black Stallion and other horses which were published in more than twenty countries. He died in 1989, shortly before the publication of his last novel, The Young Black Stallion, written with his son Steven.
Loading...
or
Not Currently Available for Direct Purchase