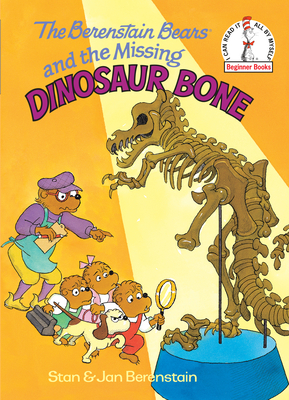 The Berenstain Bears and the Missing Dinosaur Bone (Beginner Books(R))

Stan and Jan Berenstain invite readers to help solve a mystery in this beloved Beginner Book. When a dinosaur bone goes missing from the Bear Museum, it’s up to the Berenstain Bears to help crack the case. From the Mummy Room to the Hall of Famous Bears, the detectives seek every possible hiding place. Can Brother and Sister Bear find the culprit in time for the museum’s grand opening?

"A bone is missing from the Bear Museum, and the cubs are determined to find it. Colorful drawings and the bear antics are always a hot item."--School Library Journal.


Stan and Jan planned all of their books together. They both wrote the stories and created the pictures.  They continued to live outside of Philadelphia in the country.  There are now over 300 Berenstain Bears books.
Loading...
or support indie stores by buying on