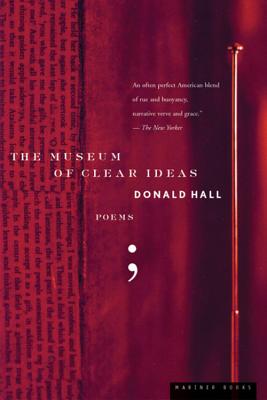 The Museum of Clear Ideas

This is Donald Hall's most advanced work, extending his poetic reach even beyond his recent volumes. Conflict dominates this book, and conflict unites it. Hall takes poetry as an instrument for revelation, whether in an elegy for a (fictional) contemporary poet, or in the title series of poems, whose form imitates the first book of the Odes of Horace. The book's final section, "Extra Innings," moves with poignancy to questions about the end of the game.