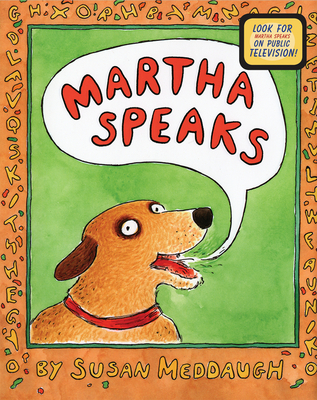 When Helen Finney feeds alphabet soup to her dog, Martha, it goes straight up to her brain, and Martha begins to speak! The basis for the Emmy-nominated PBS series.

Having a talking dog is a lot of fun--unless your dog never stops talking! When chatty Martha gives her family the silent treatment they're relieved at first, but then they get worried. Will Martha ever speak again?