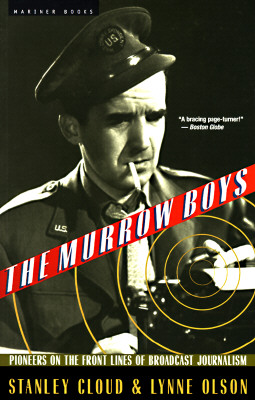 Pioneers on the Front Lines of Broadcast Journalism

Publishers Weekly described The Murrow Boys as "a lively, colloquial history of broadcast journalism that is so exciting one's impulse is to read it in a single sitting." It tells the swashbuckling tale of Edward R. Murrow and his legendary band of CBS radio journalists - Charles Collingwood, Howard K. Smith, William Shirer, Eric Sevareid, and others - as they "paint pictures in the air" from the World War II front. Brimming with personalities and anecdotal detail, it also serves up a sharp-eyed account of where the craft went wrong after the war, when vanity and commercialism increasingly intruded."This is history at its best," said Ted Anthony of AP News.