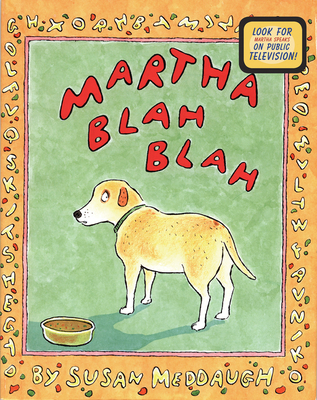 Something's wrong with Martha, the talking dog! She has eaten her daily bowl of alphabet soup, but when she opens her mouth to speak, strange sounds come out instead of words. Fortunately her nose still works, and she follows it to the source of the mystery.

"Martha becomes a victim of corporate downsizing in the most inspired book yet about this talking dog. . . . This latest entry is a superb blend of humor, pathos, and Martha's brave panache." Horn Book, Starred