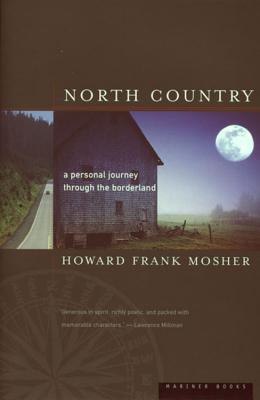 Howard Frank Mosher embarked on a journey following America's northern border from coast to coast in search of the country's last unspoiled frontiers. What he discovered was a vast and sparsely settled territory largely ignored by the rest of the United States and Canada; a harsh and beautiful region populated by some of the continent's most independent men and women. Mosher brings the remote North Country vividly to life, and reflects on the powerful characters he has encountered in his own life and how this land has shaped his life and his books.

"After this book, I'll always think of the northern border as Mosher country." Boston Globe

"A combination of Hemingway, thoreau and Jim Harrison." The Los Angeles Times —

HOWARD FRANK MOSHER is the author of ten books, including Waiting for Teddy Williams, The True Account, and A Stranger in the Kingdom, which, along with Disappearances, was corecipient of the New England Book Award for fiction. He lives in Vermont.