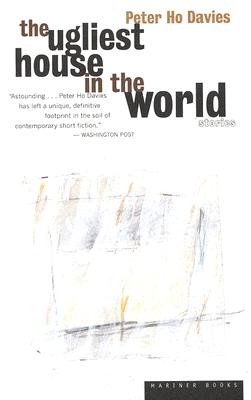 The Ugliest House In The World

Peter Ho Davies is a young writer of unusually worldly perspective. Born in Britain to Welsh and Chinese parents, he writes stories that not only reflect his multinational heritage, but delight in odd juxtapositions. In tales that travel from Coventry to Kuala Lumpur, from the past to the present, and from hilarity to tragedy, American bandits herd ostriches in Patagonia, British soldiers confront Zulus in Natal, and John Wayne leads the way for local revolutionaries in Southeast Asia. These are stories in which small lives are affected by consequential events. In "A Union," a prolonged strike at a Welsh slate quarry plays mystifying tricks of time on a couple expecting a baby. In "The Silver Screen," ragtag rebels join a communist revolution with all the flair of the Keystone Kops. In the heartbreaking title story, a rural community in North Wales copes with the accidental death of a child and learns the reaches of guilt. With their deep vein of humanism and pointed humor, the stories


Praise For The Ugliest House In The World: Stories…

"The eight stories in this first collection from British-born Oregonian Davies promise to keep you on your toes. They start benignly, often comically, but inevitably there comes a moment when, with the briefest of phrases, Davies startles the reader with a sudden turn down some melancholy and treacherous path." Publishers Weekly

"Rarely have ordinary mortals been so affectionately portrayed as they stumble into the jaws of history and cultural collision. Davies is a writer to behold with real pleasure." - Gish Jen