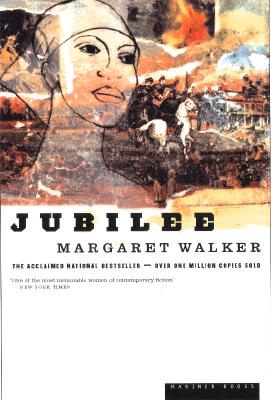 Here is the classic--and true--story of Vyry, the child of a white plantation owner and his black mistress, a Southern Civil War heroine to rival Scarlett O'Hara. Vyry bears witness to the South's prewar opulence and its brutality, to its wartime ruin and the subsequent promise of Reconstruction. It is a story that Margaret Walker heard as a child from her grandmother, the real Vyry's daughter. The author spent thirty years researching the novel so that the world might know the intelligent, strong, and brave black woman called Vyry. The phenomenal acclaim this best-selling book has achieved from readers black and white, young and old, attests to her success.

"Do yourself a favor by picking up Jubilee." The Chicago Tribune

"Chronicles the triumph of a free spirit over many kinds of bondage." The New York Times

MARGARET WALKER (1915−1998) was one of America's most popular and respected African American writers and scholars. She first gained national recognition with the 1942 poetry collection For My People, a winner of the Yale Younger Poets Award. She was awarded the Houghton Mifflin Literary Fellowship for her novel Jubilee, which became a national bestseller. Among the most formidable literary voices to emerge in the twentieth century, she will be remembered as one of the foremost transcribers of African American heritage.
Loading...
or
Not Currently Available for Direct Purchase