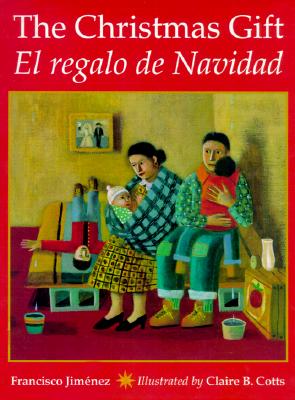 With honesty and rare grace, award-winning author Francisco Jiménez shares his most poignant Christmas memory in this remarkable book. Illustrated with paintings full of strength and warmth, written in spare bilingual text, this simple story celebrates the true spirit of Christmas, and illuminates how children do indeed draw strength from the bonds of their families.

Francisco Jiménez emigrated from Tlaquepaque, Mexico, to California, where he worked for many years in the fields with his family. He received both his master’s degree and his Ph.D. from Columbia University and is now the chairman of the Modern Languages and Literature Department at Santa Clara University, the setting of much of his newest novel, Reaching Out. He is the award-winning author of The Circuit, Breaking Through, and La Mariposa. He is also the recipient of the John Steinbeck Award. He lives with his family in Santa Clara, California.

“The family’s odyssey is heartrending, but it is the truth, and it’s skillfully told by someone who’s been there.” --Rudolfo Anaya, author of BLESS ME, ULTIMA

"Told both in English and in Spanish, this bittersweet tale is base on an incident from Jiménez’s childhood in a family of migrant farm workers." —Publishers Weekly, starred review 9/25/00 Publishers Weekly, Starred