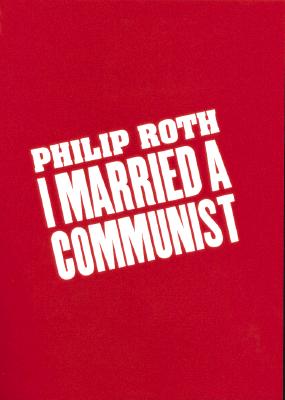 I Married a Communist

Radio actor Iron Rinn (born Ira Ringold) is a big Newark roughneck blighted by a brutal personal secret from which he is perpetually in flight. An idealistic Communist, a self-educated ditchdigger turned popular performer, a six-foot six-inch Abe Lincoln look-alike, he marries the nation's reigning radio actress and beloved silent-film star, the exquisite Eve Frame (born Chava Fromkin). Their marriage evolves from a glamorous, romantic idyll into a dispiriting soap opera of tears and treachery. And with Eve's dramatic revelation to the gossip columnist Bryden Grant of her husband's life of "espionage" for the Soviet Union, the relationship enlarges from private drama into national scandal. Set in the heart of the McCarthy era, the story of Iron Rinn's denunciation and disgrace brings to harrowing life the human drama that was central to the nation's political tribulations in the dark years of betrayal, the blacklist, and naming names. I Married a Communist is an American tragedy as only Philip Roth could write it.


Praise For I Married a Communist…

"Roth has done something more wicked than ever before: he has dared to write a wrenching, compaionate, intelligent novel about the life of a good man." Boston Globe

"One of Mr. Roth's most powerful novels ever, a big, rough-hewn work built on a grand design . . . A fiercely affecting work of art." The New York Times

"Never before has Roh written fiction with such clear conviction." Time Magazine

"Roth is still at the top of his game . . . one heavy hitter who's playing for keeps." Newsweek