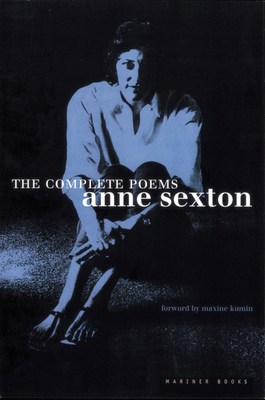 The Complete Poems: Anne Sexton comprises the poet's ten volumes of verse, including the Pulitzer Prize-winner Live or Die, as well as seven poems from her last years.

From the joy and anguish of her own experience, Sexton fashioned poems that told truths about the inner lives of men and women.

"Women poets in particular owe a debt to Anne Sexton, who broke new ground, shattered taboos, and endured a barrage of attacks along the way because of the flamboyance of her subject matter...Sexton has earned her place in the canon."—from the Foreword by Pulitzer Prize-winning poet Maxine Kumin

"A body of work of permanent value . . . Sexton writes with unmistakable style, energy, and craft." The Chicago Sun-Times —