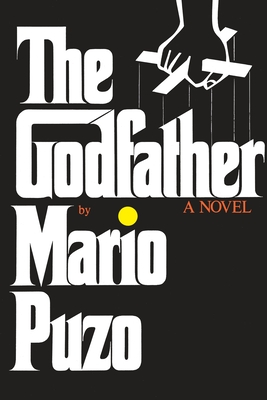 The unforgettable saga of an American crime family that became a #1 bestseller and global phenomenon.

Since its release in 1969, The Godfather has made an indelible mark on American crime fiction. From the mind of master storyteller Mario Puzo, it traces the Corleone family, whose brilliant and brutal portrayal illuminated the violent and seductive allure of power in American society. A tale of family and loyalty, law and order, obedience and rebellion, it has stood the test of time as the definitive novel of the Mafia underworld.

Beyond the bestselling novel, Francis Ford Coppola’s incomparable film adaptation and Academy Award winner for Best Picture cemented The Godfather’s reputation as a triumph in storytelling and a seminal classic for the ages. With a legacy of blood and honor, it is a cultural touchstone that has resonated for generations, and still mesmerizes readers to this day.

“You can’t stop reading it, and you’ll find it hard to stop dreaming about it.”—New York Magazine

When his books made little money despite being critically acclaimed, he vowed to write a bestseller. The Godfather (1969) was an enormous success. He collaborated with director Francis Ford Coppola on the screenplays for all three Godfather movies and won Academy Awards for both The Godfather (1972) and The Godfather, Part II (1974). He also collaborated on the scripts for such films as Superman (1978), Superman II (1981), and The Cotton Club (1984). He continued to write phenomenally successful novels, Including Fools Die (1978), The Sicilian (1984), The Fourth K (1991), and The Last Don (1996). Mario Puzo died on July 2, 1999. His final novel, Omerta, was published in 2000.
Loading...
or support indie stores by buying on