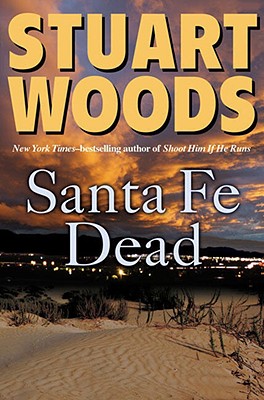 When last we encountered Ed Eagle, he had been the target of a murder-for-hire plot orchestrated by his wife, Barbara, the ultimate black widow. But when Barbara escapes from police custody, Ed knows that not only will his life be in danger but also the life of his new girlfriend, and, of course, of any rich man unlucky enough to be lured into Barbara's web. To add to his troubles, Ed has taken on a new client, Don Wells, who may or may not have murdered his own wife and son.

From the posh resorts of southern California to the New Mexico desert and the seedy hotels of Tijuana, Ed Eagle will follow every lead--and hope that he doesn't wind up Santa Fe Dead.