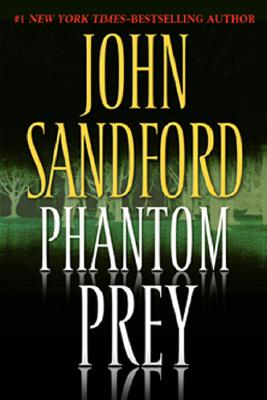 Lucas Davenport has had disturbing cases before-- but never one quite like this, in the shocking new Prey novel from the #1 New York Times-bestselling author.

John Sandford's most recent Davenport novel, Invisible Prey, was hailed as "one of his best books in recent memory" (The Washington Post); "as fresh and entertaining as ever" (Chicago Sun-Times); and "rivetingly readable" (Richmond Times-Dispatch). But this time, he's got something quite special in store.

A widow comes home to her large house in a wealthy, exclusive suburb to find blood everywhere, no body--and her collegeaged daughter missing. She's always known that her daughter ran with a bad bunch. What did she call them--Goths? Freaks is more like it, running around with all that makeup and black clothing, listening to that awful music, so attracted to death. And now this.

But the police can't find the girl, alive or dead, and when a second Goth is found slashed to death in Minneapolis, the widow truly panics. There's someone she knows, a surgeon named Weather Davenport, whose husband is a big deal with the police, and she implores Weather to get him directly involved. Lucas begins to investigate only reluctantly--but then when a third Goth is slashed in what is now looking like a Jackthe- Ripper series of killings, he starts working it hard. The clues don't seem to add up, though. And then there's the young Goth who keeps appearing and disappearing: Who is she? Where does she come from and, more important, where does she vanish to? And why does Lucas keep getting the sneaking suspicion that there is something else going on here . . . something very, very bad indeed?

Filled with his brilliant trademark suspense and some of the most interesting characters in thriller fiction, Phantom Prey is further proof that "Sandford is in a class of his own" (The Orlando Sentinel).