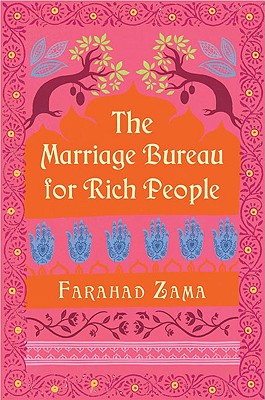 The Marriage Bureau for Rich People

“Mr. Ali, bored with retirement, opens a very successful marriage bureau. His customers are delighted to be well-matched, but his biggest challenges are those closest to him -- his capable assistant, who seems to harbor a sad secret, and his son, who would rather save the world than settle down. Crisply written and charming, The Marriage Bureau for Rich People is steeped in India's culture and traditions but remains light-hearted and fun.”
— Jody Misner Chwatun, Saturn Booksellers, Gaylord, MI
View the List

What does an Indian man with a wealth of common sense do when his retirement becomes too monotonous for him to stand? Open a marriage bureau of course!

With a steady stream of clients to keep him busy, Mr. Ali sees his new business flourish as the indomitable Mrs. Ali and his careful assistant, Aruna, look on with vigilant eyes. There's the man who wants a tall son-in-law because his daughter is short; the divorced woman who ends up back with her ex-husband; a salesman who can't seem to sell himself; and a wealthy, young doctor for whom no match is ever perfect. But although his clients go away happy, little does Mr. Ali know that his esteemed Aruna hides a tragedy in her past-a misfortune that the bureau, as luck would have it, serendipitously undoes.

Bursting with the color and allure of India, and with a cast of endearing characters, The Marriage Bureau for Rich People has shades of Jane Austen and Alexander McCall Smith but with a resonance and originality entirely its own. Farahad's effortless style reveals a country still grappling with the politics of caste, religion, and civil unrest, all the while delivering a shamefully delightful read.

Praise For The Marriage Bureau for Rich People…

"A charming novel, fascinating in its depiction of a rich and exotic culture, yet filled with characters as familiar as your next-door neighbors."
-Ann B. Ross, author of the Miss Julia novels