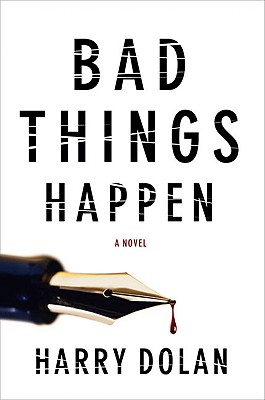 The man who calls himself David Loogan is leading a quiet, anonymous life in the college town of Ann Arbor, Michigan. He's hoping to escape a violent past he would rather forget. But his solitude is broken when he finds himself drawn into a friendship with Tom Kristoll, the publisher of the mystery magazine Gray Streets-and into an affair with Laura, Tom's sleek blond wife. What Loogan doesn't realize is that the stories in Gray Streets tend to follow a simple formula: Plans go wrong. Bad things happen. People die.

Elizabeth Waishkey is a single mother. She's also the most talented detective in the Ann Arbor Police Department. But when Tom Kristoll turns up dead, she doesn't know quite what to make of David Loogan. Is he a killer, or an ally who might help her discover the truth? Loogan suspects his friend's death is part of a much larger puzzle, and he's not going to wait for someone else to put the pieces together.

As Loogan and Elizabeth navigate their way through Kristoll's world, they find no shortage of people with motives for murder, from a young graduate student obsessed with Laura Kristoll to a trio of bestselling writers, all of them with secrets they don't want uncovered. But as the deaths start mounting up-some of them echoing stories published in Gray Streets-Loogan begins to look more and more like the most promising suspect. Soon it becomes clear that only Elizabeth can find the path to solving both the murders and the mystery of Loogan himself.