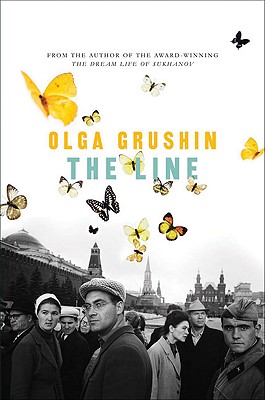 Grushin's stunning debut drew praise that placed her in the top rank of young literary voices. Now she returns with that rarity: a second novel even more dazzling than her first.
The line: the universal symbol of scarcity and bureaucracy that exists wherever petty officials are let loose to abuse their powers.
The line begins to form on the whispered rumor that a famous exiled composer is returning to Moscow to conduct his last symphony. Tickets will be limited. Nameless faces join the line, jostling for preferred position. But as time passes and the seasons change and the ticket kiosk remains shuttered, these anonymous souls take on individual shape. Unlikely friendships are forged, long-buried memories spring to life, and a year-long wait is rewarded with unexpected acts of kindness that ease the bleakness of harshly lived lives. A disparate gaggle of strangers evolves into a community of friends united in their desire to experience music they have never been allowed to hear.
"The Line" is a transformative novel that speaks to the endurance of the human spirit even as it explores the ways in which we love-and what we do for love.

Olga Grushin was born in Moscow in 1971. She studied at the Pushkin Museum of Fine Arts, Moscow State University, and Emory University. Her short fiction has appeared in Partisan Review, Confrontation, The Massachusetts Review, and Art Times. This is her first novel. Grushin, who became an American citizen in 2002, lives in Washington, D.C.
Loading...
or
Not Currently Available for Direct Purchase