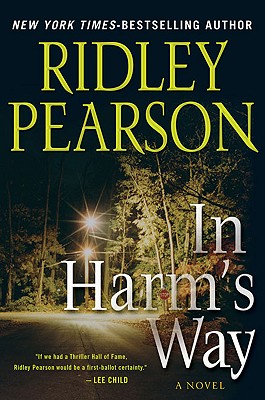 “Sheriff Walt Fleming is used to coming into contact with the rich and famous, since his beat borders Sun Valley, Idaho. When a football star is found murdered, the circumstances seem to implicate the one woman Walt has let into his heart since he split with his wife. Now he must balance his desire to protect her with the need to honor the oath he has sworn to uphold as a lawman.”
— Jennie Turner-Collins, Joseph-Beth Booksellers, Cincinnati, OH
View the List

The "New York Times"-bestselling author delivers another extraordinary Walt Fleming thriller.
Sun Valley sheriff Walt Fleming's budding relationship with photographer Fiona Kenshaw hits a rough patch after Fiona is involved in a heroic river rescue and she attempts to duck the press. Despite her job and her laudable actions, she begs Walt to keep her photo out of the paper, avoiding him when he can't.
Then Walt gets a phone call that changes everything: Lou Boldt, a police sergeant out of Seattle, calls to report that a recent murder may have a Sun Valley connection. After a badly beaten body is discovered just off a local highway, Walt knows there is a link-but can he pull the pieces together in time?


Praise For In Harm's Way…

"A multi layered thriller with enough surprises to keep readers rooting for Walt and anxious about personal safety in Sun Valley.... In Harm's Way delivers a likable protagonist with relationship problems, kid issues, job challenges and the nagging suspicious that he'll never live up to his parents' expectations. Now, who among us can't relate?"
-Houston Chronicle

"Pearson manages to team up the heroes from both his suspense series fro a transfixing tale filled with secrets both large and small. At the center of the story lies Sheriff Walt Fleming, and this book in particular explores the relationships in his life. With a Pearson novel, you can always expect to get riveting suspense, excellent characterization and a well-crafted plot!"
-Romantic Times Book Review

"The plotting is tight, the requisite scarlet herrings show up in biblical multitudes and the resolution will surprise all but the most hardcore genre aficionados."
-Bookpage.com

Ridley Pearson is the author of more than twenty novels, including the "New York Times" bestseller "Killer Weekend"; the Lou Boldt crime series; and many books for young readers, including the award-winning children's novels "Peter and the Starcatchers, Peter and the Shadow Thieves," and "Peter and the Secret of Rundoon," which he cowrote with Dave Barry. Pearson lives with his wife and two daughters, dividing their time between Missouri and Idaho.